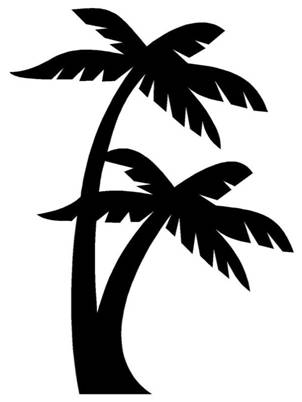 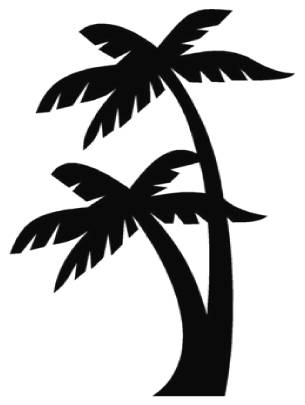 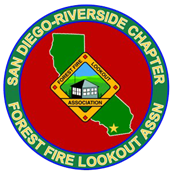 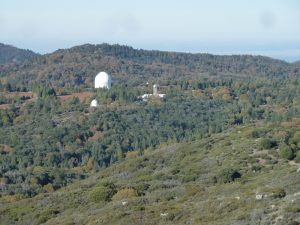 Highpoint Lookout sits on top of Palomar Mountain in San Diego County which overlooks Caltech University’s Palomar Mountain Observatory. The observatory includes the 200 inch Hale telescope which was started in the 1920s, installed on the site in 1948 and is still one of the most sought after telescopes for conducting world-class astronomy. 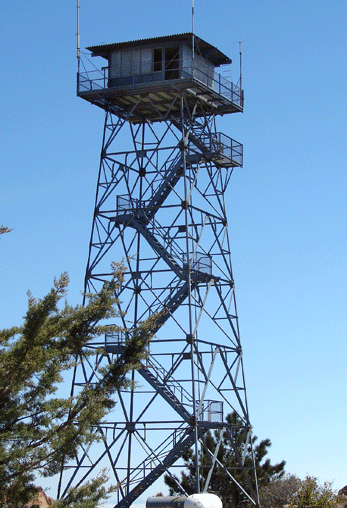 The first Highpoint Lookout was constructed on the site in 1935 by the Civilian Conservation Corps for the US Forest Service. That tower was replaced by the current structure in 1964, which was last staffed by the forest service in  1992.

The tower and cab exterior are in excellent condition. The interior was removed due to vandalism in 2005, a security gate was installed and the interior renovated.

The San Diego-Riverside Chapter of the Forest Fire Lookout Association began staffing the tower with volunteers for fixed-point fire detection in 2009. FFLA-SDRC first achieved a 100% staffing during the 2013 fire season and has maintained  every year since that same 100% fire season staffing.

Boucher Hill Lookout sits at an elevation of 5,438 ft. (1657 m.) in Palomar Mountain State Park in northern San Diego County. According to the California Division of Forestry and Fire Protection lookout survey of 1991, a tower has been located on Boucher Hill since 1921. 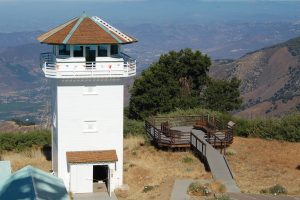 The current lookout is a splendid example of a CDF 809R design. This tower was constructed and placed into service in 1948. Boucher Hill rests on a 16 x 16 foot base with a tower height of 30 feet. The tower was in service until 1983.The California State Parks Department recently spent $343,000 on site improvements. A plan proposal calls for ongoing tower restoration and creation of a living history museum. Boucher Hill is a California Registered historical lookout.

When staffed, the tower is open for public tours and visitors are welcome to drive up to enjoy the beautiful panoramic view of northern San Diego County. Our volunteers are also State Park docents and are knowledgeable in the history and biology of the area. In 2016 the tower saw more than 11,000 visitors.